Birmingham now has a post-Commonwealth Games opportunity to move towards a more sustainable urbanism approach in city policy and planning.

As the dust settles on the Birmingham 2022 Commonwealth Games, attention turns to long-term implications and questions of ‘legacy’ from the Games experience. The immediate impact was highly impressive, but when arguments are made to justify the resources involved in hosting such events, it is the lasting benefits that really matter.

For Birmingham, as with most host cities in recent decades, attention is most likely to focus on the economic dimension – the direct and indirect knock-on effects – and on the sporting legacy, particularly relating to engagement amongst the city’s more deprived communities.

But just as important for Birmingham is a less immediately obvious but nonetheless crucial strand – the potential catalytic impact towards a more sustainable urbanism approach in city policy and planning. The Games represent an opportunity to accelerate the city’s transition to net zero, the switch to more sustainable transport and mobility, and new approaches to housing and neighbourhood renewal.

In the city centre, we could see this potential in the short-term liberation of many streets and spaces from the dominance of the car and the opening up of possibilities for social interaction, leisure and alternative ways of moving around with ease."

In the city centre, we could see this potential in the short-term liberation of many streets and spaces from the dominance of the car and the opening up of possibilities for social interaction, leisure and alternative ways of moving around with ease. This fundamental rethinking of how we use urban space is at the forefront of planning thinking in progressive cities around the world.

We are also seeing the potential for the Games to act as a vehicle for the transformation of Perry Barr in the northwest of the city. The ambitions are set out in Birmingham City Council’s Perry Barr 2040: A Vision for Legacy masterplan. The objectives set out are admirable – a significant investment in public and sustainable transport infrastructure, a critical mass of new housing (including significant affordable components) at medium-high density next to the rebuilt train station, and the opening up of green and blue routes through the area

The importance of the ethos underpinning Perry Barr regeneration should not be underestimated. This is the city’s first major attempt to implement suburban density – a critical principle of urbanism that needs to be more fully embraced if the city is to fully address the housing and climate crises in the years ahead. Compare this, for example, to the lost opportunities at Selly Oak and Longbridge where recent regeneration has been dominated by low-density, car-centric retail park-style development in the immediate vicinity of rail stations.

Regeneration of Perry Barr is a work in progress and the masterplan, while a commendable and robust document, is nonetheless an expression of aspirations. Much has been achieved amidst the imperative of the Games timetable, but significant elements remain to be implemented. Whether it leads to an enduring legacy and the city can embrace the potential here is still an open question. This will come down to two main considerations.

First, can the city accelerate these agendas more widely in strategic and local planning? The current review of the Birmingham Development Plan, the city’s overarching plan, should build upon the Perry Barr approach to embrace suburban density across the city – and so make real the potential for 20-minute neighbourhoods, in which a household’s daily needs are all within easy walking and cycling distance. There are implications here for interventions in the land and property market, housing design, transport and mobility investments and much more. And in the city centre, the time has come for bold re-prioritisation of urban space – the downgrading of roads and replacing the liberated space with green infrastructure, biodiversity, public realm, and space for commercial/social interaction.

These are the terrains of true city competitiveness in the contemporary age – liveability, quality of life, and well-being mean as much as conventional metrics of economic growth, investment, and jobs; this is what will determine genuine long-term prosperity.

Second, in Perry Barr and other areas, the crucial factor will be the unsung dimension of planning - securing the means to achieve. Future governance will be critical. A key lesson of the Games experience thus far is the value of sustained, strategic and substantial public investment. For Birmingham and many other English cities, this has been notably lacking for many years, particularly in comparison to their European counterparts.

As we move beyond the immediate post-Games period, the city-region will need to find new structures, funding streams, and capacity to steer investment and interventions with certainty and consistency over the long term. Greater autonomy over city building endeavours is needed to escape an over-reliance on Government decisions and funding regimes.

Less tangibly, but perhaps most importantly, is the confidence that such reforms could engender in city planners, political leaders, and businesses. Be Bold, Be Birmingham was the Games tagline. Let’s hope the city can take this spirit forward in the pursuit of everyday, sustainable urbanism for its citizens and businesses in the years ahead. That would be a worthy legacy from those wonderful 11 days in August. 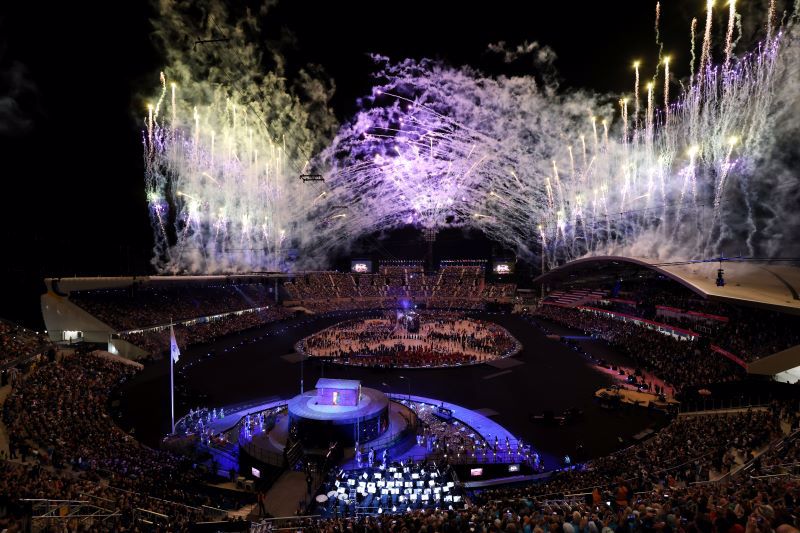 ‘A Games for Everyone’: Legacy of major sporting events for disadvantaged people and communities

Now that the Birmingham 2022 Commonwealth Games is over, we must ensure there are legacies for everyone - reflecting Birmingham’s feature as a diverse city.