In his book, The Wealth of Nations (1776), Adam Smith identified four principles of taxation: fairness; certainty and convenience; and efficiency. By these standards, how do recently proposed tax changes in the UK, and their reversing ‘u-turns’, measure up?

Prime Minister Liz Truss and Chancellor Kwasi Kwarteng aimed to kickstart economic growth through a series of tax cuts and liberalising supply-side reforms; promoting the City (of London) and rolling back EU regulations, particularly regarding workers’ protections and rights. Also, the household energy bills support system was enhanced by introducing energy price guarantees (‘caps’) for two years that implied uncertain levels of government expenditure; and support was to be extended to businesses for 6 months. Increased growth would generate tax revenue to cover the tax cuts and energy support, but increased government borrowing would be needed as bridge funding.

The increased uncertainty regarding the government’s budget policy spooked the foreign currency and capital markets, precipitating a slump in the pound (sterling) and a sharp rise in government bond (‘gilt’) yields, and thus the cost of government borrowing; which in turn precipitated a substantial rise in mortgage rates, exacerbating the cost of living crisis that the energy bill supports were designed to alleviate. The Bank (of England) was forced to buy gilts to prevent losses being made by pension schemes.

In an attempt to stabilise the markets, the Truss government undertook a series of u-turns. First the proposed cut in the top-rate of income tax was dropped, then the proposal not to introduce the rise in corporation tax, previously announced by Chancellor Rishi Sunak, was abandoned. As a result, Kwarteng was replaced as Chancellor by Jeremy Hunt. Meanwhile, the Bank is proposing to push ahead with interest rate increases in order to ‘squeeze out’ inflation.

The National Insurance (NI) increases introduced by Sunak to help fund the NHS and social care had already been reversed, leaving a further gap in the government financing of the systems already stressed by post-Covid and in need of increasing funding due to the ageing population.

The proposed cut in income tax looked odd, given the increasing hole that had appeared in government finances since Sunak had proposed to cut income taxes nearer to the next election (due no later than January 2025) funded by an anticipated fiscal surplus; especially as it sits alongside the recent freezing, by Sunak, of tax thresholds for four years (we are in the first year). There is no proposal to unthaw this ‘stealth tax’ that raises revenue through ‘fiscal drag’ as wage increases, already failing to keep up with inflation, pushing some employees into higher tax bands. As a result, many would be worse off even with the one percent cut.

As well as exceeding wage increases, and thus reducing ‘real wages’, inflation at around 10% is also significantly eroding the purchasing power of universal credit and other benefits. But, so far, state pensions remain protected. The government might argue that ‘fairness’ dictates that state benefits should rise no faster than average earnings, so that we all share the misery. Energy price relief measures to help cope with the cost of living crisis will however be offset to varying degrees by the rise in mortgage rates and probable consequent rises in rents charged by buy-to-let landlords. It is through recessionary pain, caused by raising interest rates, that central banks, such as the Bank, reduce inflation. Additional increases in mortgage rates, and UK lending and credit rates more widely, can be expected, further impairing consumption – the UK’s main engine of growth.

The 1.5 per cent rise in NI rates had the advantage of requiring firms, which benefit from the good health of their workers, and assistance provided to employees engaged in the care of relatives, to contribute alongside their employees – but at the cost of increasing the ‘tax on jobs’. At a time of historically low unemployment and labour and skills shortages, this is a side issue. Note, however, that employee NI contributions are an income-related tax, and so NI changes are potentially distortionary. Further, to deal with the labour and skill shortages (and ageing to some extent), post-Brexit immigration policy may need to be revisited. The proposed one percent income tax cut perhaps made more sense as a compensation for the NI increase, but made little sense once the the NI rise has been reversed.

Fair tax and the Mirrlees Review

Repeated tinkering with tax rates is clearly not consistent with a purposeful, fair, transparent and efficient tax system of the sort proposed in the 2011 Mirrlees Review. The proposal to cut the income tax rate on the wealthiest in the midst of a cost-of-living crisis was not seen as fair; even if it was aimed, along with the decision not to raise corporation tax, at encouraging investment by the ‘wealth creators’ to stimulate growth. By contrast, the hypothecated NI increase had a clear purpose, though its fairness and efficiency was questioned. Provided they are genuinely linked to one-off events, such as oil and gas price increases due to ‘Putin’s War’, windfall taxes and the proposed revenue cap on ‘green’ electricity suppliers seem fair. Though, arguably, they might, discourage investment in green energy projects.

The Mirrlees Review concluded that the best way forward was to generalise tax liabilities, for example, by removing the zero VAT rate for financial services, and also other reduced VAT rates and using the revenue raised to provide targeted subsidies (e.g. for children’s clothing) and support for the less well off. A new ‘carbon tax’ would encourage more environmentally efficient energy use, and consumption more generally, with some of the revenue earmarked for compensating the less well off; who would disproportionately shoulder the burden – especially as regards energy costs – relative to their income. Consistent with this, though likely to be extremely unpopular in light of the abandonment of the attempt by Chancellor Ken Clarke to do so many years ago, would be to charge VAT at the standard rate on energy bills, bringing them closer to those consistent with carbon pricing.

The measures introduced in the UK to help with energy will benefit more wealthy households disproportionately and do not encourage more efficient usage or make a contribution to achieving ‘net zero’ by 2050 by taxing carbon emissions. Sunak had planned increased tax incentives for investment and a reduction in the ‘bank surcharge’, from eight percent to three percent, in compensation for the proposed rise in corporation tax. Both were abandoned by Kwarteng when the decision was taken not to raise the tax, potentially introducing further distortions and missing a trick as regards the intention to promote UK banks and the City.

On 17 October, Chancellor Jeremy Hunt stabilised the markets by confirming the scrapping of a number of other tax cuts, including the income tax cut, which was postponed indefinitely, and the raising of the corporation tax rate. The NI cut agreed by Parliament would stand and tax thresholds would remain frozen. Whilst alcohol duties would be unfrozen and stamp duty on house purchases would remain cut. The lifting of the cap on bankers’ bonuses, a revenue-raising measure, was not reversed.

Additionally, there was a surprise decision to scale back the energy support package, which would be substantially revised for households in April 2023, rather than after two years. The aim is to replace it with a much less generous and better thought-out scheme in which support is targeted on those most in need of it. This will decrease the uncapped government expenditure liabilities. But Hunt made it clear that further government expenditure cuts will be needed to fill the hole in the government finances, implying benefits – perhaps including the state pension – will need to rise by less than inflation (a stealth tax).

The medium-term fiscal budget plan to be announced on 31st October will provide further details. If these measures are judged by the markets and the Office of Budgetary Responsibility to put budgetary policy on a sustainable footing, then the Bank will not need to raise interest rates so aggressively and mortgage rate increases need not be so severe. To help assure a more considered fiscal policy in the future, the Chancellor is to establish an Economic Advisory Council to provide independent advice.

The Chancellor and his advisors should consider whether investment, business research and development – and, indeed, university research – should be subsidised in pursuit of faster environmentally sustainable economic growth and productivity increases, and whether the City is an asset requiring fiscal support and promotion. Any subsidies, along with adequate and fair welfare provision and energy price support, should all be much more carefully designed. If retained, the new Industrial Zones proposed by Kwarteng with (uncapped) investment and relocation subsidies and reduced planning ‘red tape’, should be part of a wider industrial and regional (including ‘levelling-up’) policy, since they too are potentially distortionary. The subsidies in one area may simply attract investment from other areas in the UK unable to match them.

Further, cuts in government expenditure should not be at the expense of government investment in health, research, education and skills training, the environment and infrastructure; all of which are complementary to the success of private sector investment, whether inside or outside special zones, and help to attract investment from overseas. 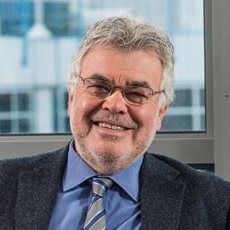