A partnership to deliver transformative advances in aerospace energy efficiency has been honoured with a prestigious award for industry-academia collaboration.

The University of Birmingham and Rolls-Royce received the annual Bhattacharyya Award, presented by the Royal Academy of Engineering and WMG at the University of Warwick.

The Award, which carries a £25,000 prize, is presented in recognition of an exemplary academia-industry partnership. Funded by the Department for Business, Energy and Industrial Strategy, it was created to encourage more private and academic entities to collaborate.

This partnership with Rolls-Royce is centred on the University’s Materials University Technology Centre (UTC, 1992) and High Temperature Research Centre (HTRC, 2015). It was recognised in particular for its work to deliver engine efficiencies using advanced metallic alloys for turbine blades and discs at the “heart” of the aero-engine.

The two organisations have collaborated since 1989, on advances that address environmental concerns as well as enabling savings of billions of pounds over three decades of innovation. The research is central to delivering new engine technologies that must achieve 2050 net-zero emissions targets.

One specific highlight of the partnership research since 2012 follows the introduction to service of higher strength turbine discs manufactured with powder-based nickel- based alloys. These components operate at higher stresses and higher temperatures to produce efficiency gains, and their assembly using inertia welding reduces weight. Our understanding of mechanical behaviour under complex loading cycles allowed an extension of in-service maintenance schedules, and led to the award of the Royal Aeronautical Society’s Team Silver Medal in 2021.

The University of Birmingham and Rolls-Royce’s partnership has contributed immensely to the UK’s aerospace industry. Together, they’ve embodied the spirit of the Bhattacharyya Award by promoting wider collaboration between industry and universities, and in developing the UK’s future talent.

Professor Dame Ann Dowling OM DBE FREng FRS, past-President of the Royal Academy of Engineering, and chair of the judging panel for the Bhattacharyya Award

Paul Bowen, Feeney Professor of Metallurgy, Deputy Pro-Vice-Chancellor for Industrial Partners and Rolls-Royce University Technology Centre Director at the University of Birmingham commented: “Our team is immensely proud to win this award on behalf of two generations of researchers in our partnership. They have produced safe, efficient aero-engines and have delivered new technologies, new buildings and developed careers. Winning this award is a testimony to the unrivalled support that Rolls-Royce have provided to universities in support of the metallurgical base of the UK.”

Professor Bowen added: “We will use this award to contribute to a five-year Outreach and Equality, Diversity and Inclusivity (EDI) agenda involving: Rolls-Royce apprentice activities (in Derby); our own levelling up tuition activities in STEM subjects (in inner city Birmingham); and, our Barber Institute of Fine Arts (within the wider city and region).”

Professor Dame Ann Dowling OM DBE FREng FRS, past-President of the Royal Academy of Engineering, and chair of the judging panel for the Bhattacharyya Award said, “The University of Birmingham and Rolls-Royce’s partnership has contributed immensely to the UK’s aerospace industry. Together, they’ve embodied the spirit of the Bhattacharyya Award by promoting wider collaboration between industry and universities, and in developing the UK’s future talent.”

Margot James, Executive Chair at WMG, University of Warwick, said “This partnership is a well-deserving winner and demonstrates the power of industry-academia collaboration to address a challenge as timely and as globally significant as sustainable aviation. We hope that this award celebrating Lord Bhattacharyya’s legacy continues to inspire future academics and industry partners to drive further co-operation, creativity, and innovation in the UK.”

The Bhattacharyya Award is a tribute to Professor Lord Kumar Bhattacharyya KT CBE FREng FRS, the Regius Professor of Manufacturing at the University of Warwick and founder of WMG who advocated for greater collaboration between industry and universities. 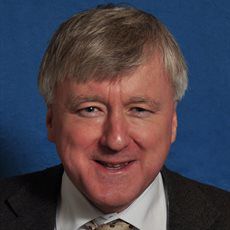