Women and children who are forced to migrate in the face of conflict and persecution face heightened threats of sexual and gender-based violence (SGBV) as they seek refuge in other countries, a new study reveals.

Whilst men and sexual minorities are also at risk, it is women and girls who are most vulnerable to sexual and other assaults and face the dangers of modern slavery and sex trafficking, with a paucity of systems able to protect them from exploitation on their journeys.

Launched at the International Red Cross and Red Crescent Museum, in Geneva, the findings of the SEREDA Project are of particular salience as millions of refugees – most of them women and children – flee Ukraine following the Russian invasion.

Based on over 300 interviews with survivors and practitioners, the SEREDA project shows that violence continues after women and children escape conflict. Forced to flee often without resources and frequently dependant on the charity of others, forced migrants quickly become vulnerable to SGBV.

Led by the University of Birmingham working with the University of Melbourne, Bilkent University and Uppsala University, the project examines the nature and extent of SGBV experienced by forced migrants throughout their journey to ‘safety’ in the UK, Australia, Sweden, Turkey and Tunisia between 2018-2021.

Over 82 million people were forcibly displaced in 2020 – half of them women and girls who may have faced violence at any stage of their journey, with safety by no means certain when they reached their country of refuge. Our study participants endured violence at different stages of their journeys - whether partner violence in their homes, rape and torture in conflict zones, performing ‘transactional’ sex to finance their flight or suffering post-traumatic stress disorder from experiences in asylum interviews, detention and shared housing. The war in Ukraine has resulted in high levels of forced migration. With women and children making increasingly difficult journeys to seek safety, it is critical we learn from mistakes of the past and put in place mechanisms to protect forced migrants from sexual and gender-based violence (SGBV).”

Jenny Phillimore, Professor of Migration and Superdiversity at the University of Birmingham

Researchers also found women on spousal visas in the UK, Sweden and Australia reported being trapped in abusive relationships – some partners exploited women for financial gain threatening to end their relationship and have them deported if they did not comply.

The report authors make a number of recommendations to humanitarian and aid organisations, institutional funders, governments as well as border, immigration and asylum agencies. These include:

“Given the extraordinary scale of abuses and exploitation of people on the move and asylum seekers, it is essential that more mobile services are provided in transit to match their needs. Reception and asylum procedures must protect forced migrant survivors from further harm and traumatisation.”

Sandra Pertek, SEREDA Research Fellow at the University of Birmingham 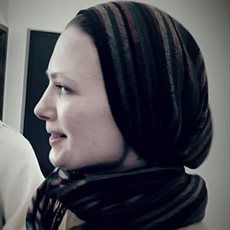