UoB are supporting Planet Possibility - a £1.9m funded project which aims to attract more young people from under-represented groups into careers in physics.

The University of Birmingham has joined a consortium of charities, universities and businesses, funded by the Institute of Physics’ Challenge Fund to support Planet Possibility, a new initiative which aims to attract more young people from under-represented groups into careers in physics.

Young people are often put off by misconceived ideas about physics and others are denied the opportunity to study physics due to the prejudice and stereotypes based on their gender, ethnicity, their sexual orientation, disability and their social background. As a result, too many young people are made to feel that they cannot study physics. The IOP’s Challenge Fund was created to address these issues.

Planet Possibility will build networks of students interested in physics in schools and colleges, facilitate better access to physics specialists and role models and support teachers to teach physics in an engaging and inclusive way. At its core, this initiative aims to encourage and develop talent and promote awareness of physics-related careers.

The consortium partners – which also include the University of Southampton, the Blair project, Future First and All About Group - will receive £1.9m from the IOP’s Challenge Fund to help deliver Planet Possibility, with the help of a new digital platform and coordinated programme of activity, against its strategic aim of improving the diversity of people doing physics in education, research and industry. Planet Possibility will in turn help the partners to build upon their vast experience in diversity, inclusion and engaging and inspiring young people with STEM subjects and careers.

The consortium plans to expand its reach through events, webinars, content, games, guides, jobs, work experience, mentoring and other tools and channels to help create a flourishing physics community.

Building networks of expert physicists will have a wide-ranging impact on future innovation, significantly improving the world we live in, and creating a more resilient, safer future for all. We are delighted to be working with the Institute of Physics for the Planet Possibility project, and we are planning to use our significant research expertise, industry connections and high-profile projects to train students into champions who can demonstrate the incredibly large potential offered by physics. Planet Possibility uniquely hopes to excite school pupils, which will greatly help to cultivate new generations of students excited to understand more and explore new possibilities in the intricate world of physics.

Professor Kai Bongs, Director of Innovation at the College of Engineering and Physical Sciences and Principal Investigator at the UK Quantum Technology Hub Sensors and Timing 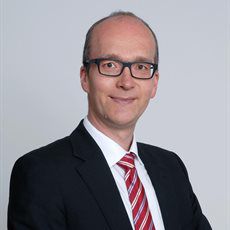