The survey, which was carried out in conjunction with YouGov, found that 23.2% of people who come from the social group ABC1 harbour prejudiced views about Islamic beliefs compared with only 18.4% of people questioned from the C2DE group.[1] However, when asked their views about Muslims, or most other ethnic or religious minority groups, older people, men, working class people and Conservative and Leave voters are consistently more likely to hold prejudiced views.

The survey, presented in a report titled 'The Dinner Table Prejudice: Islamophobia in Contemporary Britain', interviewed a sample of 1667 people between 20th and 21st July 2021 which was weighted by age, gender, social grade, voting record, region and level of education to ensure representativeness. Weighting was based on the census, Labour Force Survey, Office for National Statistics estimates, and other large-scale data sources.

Other key notable findings in the survey are:

Prejudice towards Islam and Muslims stands out in the UK, not only because it is much more widespread than most forms of racism, but also because prejudice toward Islam is more common among those who are wealthier and well-educated.

Dr Stephen H. Jones, Lecturer in the Department of Theology and Religion and Deputy Director of the Institute for the STEMM in Culture and Society (ISTEMMiCS)

The survey also has made specific recommendations to scale back the rise of Islamophobia:

Commenting on the recommendations Dr Stephen H. Jones says: “No-one is calling for laws regulating criticism of religion, but we have to recognise that the British public has been systematically miseducated about Islamic tradition and take steps to remedy this.”

[1] This is based on responses to the question: ‘For each of the following religions [Islam, Christianity, Sikhism and Judaism] please say whether you think the religion teaches its followers that its sacred text should be taken literally, word for word, or symbolically, understanding its poetic meaning and historical context’. In the survey we use the response ‘totally literally’ as an indicator of prejudice. 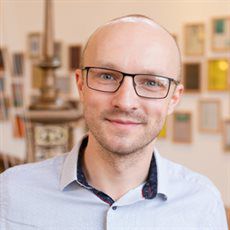 All figures, unless otherwise stated, are from YouGov Plc.  Total sample size was 1,667 adults. Fieldwork was undertaken between 20 - 21 July 2021. The survey was carried out online. The figures have been weighted and are representative of all GB adults (aged 18+).

Stephen H. Jones is a Lecturer at the University of Birmingham. He specialises in the study of Islam and Muslims in the UK and religious and non-religious publics’ perceptions of science. His research has focused on themes including Islam and liberalism; Islamophobia in Britain; Muslims’ perceptions of science; and religious diversity and inclusion in STEMM institutions and disciplines. He is the author of Islam and the Liberal State (IB Tauris) and former General Secretary of the Muslims in Britain Research Network (MBRN).

Amy Unsworth is a Research Fellow in Science and Technology Studies, University College London. Her research focuses on public engagement with science in relation to religious and non-religious cultures, and on secularization and religious change in Britain.