Microbiologist Joshua Quick of the University of Birmingham has been awarded the WH Pierce Prize at the Applied Microbiology Awards 2022.

Organised by Applied Microbiology International, the awards celebrate the brightest minds in the field and promote the research, groups, projects, products and individuals who are shaping the future of applied microbiology.

The guest of honour was Professor Sir Jonathan Van-Tam MBE, Pro-Vice-Chancellor for the Faculty of Medicine & Health Sciences at the University of Nottingham who was named an Honorary Fellow at the prestigious event.

The WH Pierce Prize was founded in 1984 in memory of the late WH (Bill) Pierce, former Chief Bacteriologist of Oxo Ltd and a long-time member of the Society. It is awarded to a scientist who has used microbiology to make a significant contribution to One Health advancements.

The prize was awarded to Joshua Quick of the University of Birmingham, whose project OneAMR aims to develop rapid, portable methods for the detection of antibiotic resistance by combining single-cell genomics and nanopore sequencing technology.

Joshua launched his career in industry working on the development of Illumina DNA sequencing platforms including the MiSeq. After meeting Nick Loman he moved to Birmingham to start a PhD in Biological Sciences in 2012.

During his PhD, Joshua applied whole-genome sequencing to investigate hospital outbreaks of Pseudomonas aeruginosa and Salmonella enterica. He travelled to Guinea during the West African Ebola outbreak to establish the first real-time, genomic surveillance laboratory. He has also travelled to Brazil, DRC and São Tomé with a lab-in-a-suitcase for research or WHO deployments.

Joshua developed an ultra-long fragment method for sequencing reads of up to 1 million basepairs using nanopore. This was used to assemble the E. coli genome in 8 reads and later to generate the first telomere-to-telomere human genome assembly.

He developed a method for viral genome sequencing which includes a website to design primers and laboratory protocols to generate genome sequences. The primalscheme website has become a vital community resource, processing 30,000 jobs a year. The lab protocol is number 1 out of 13,000 protocols on protocols.io, the protocols sharing website.

In total, more than 10 million genomes have been generated using the method which has been commercialised by multiple companies including Illumina, NEB and Qiagen.

In 2019 Joshua was awarded a 7-year UKRI FLF Fellowship to establish his own lab. His project, OneAMR aims to develop rapid, portable methods for the detection of antibiotic resistance, a serious global threat, by combining single-cell genomics and nanopore sequencing technology. 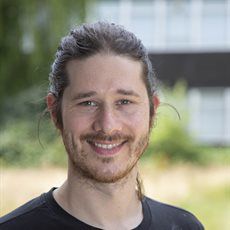