With the recent and successful conclusion of the Birmingham 2022 Commonwealth Games, we are taking the opportunity to reflect on this game-changing summer of sport. The Commonwealth Games recruited around 13000 volunteers to deliver a spectacular week and a half of sport and athleticism.

As part of these reflections, we have invited Professor Julie Taylor from the Institute of Clinical Sciences and Dr Onn Shaun Thein from the Institute of Inflammation and Ageing to contribute their experiences as Venue Medical Managers (VMM) for the Commonwealth Games. Read on below to find out more on the day in a life of a volunteer Venue Medical Manager.

We are writing this a week since we finished our stints as Venue Medical Managers (VMM) for the Commonwealth Games – it has taken a while to get back into normal life! What a privilege to do our civic duty for UoB. We were based at the National Exhibition Centre (NEC) which hosted netball in the Arena, and boxing, table tennis and para-table tennis, badminton, weight-lifting and para-power-lifting in the main halls.

Our journey started far from sport at the Birmingham 2022 headquarters in Brindley Place, with a few weeks of rostering, mandatory training, and managing hundreds of spreadsheets. Ten days before the Games started, we moved into the NEC for athletes’ training week and ‘bumping in’ – setting up. It is a VERY big space, and was still being converted into a Games space until first day of competition.

When the Games started, we entered a surreal zone of (semi) organised chaos. The team of eight VMMs covered 21+ hours a day teams of two. Our six colleagues co-ordinated the Arena and athlete medical needs, whilst we were responsible for all the spectator medical needs in the main precinct. Shaun took most of the late shifts, Julie the earlies. They were long days and stressful, especially at the beginning – we took it in turns to be the motivational speaker for the other in the early days! Each day, we paired, distributed and rotated around 120 volunteers starting on 6-8 hour staggered shifts to over 20+ locations for two hours at a time. Until both they and us were used to the locations (each with different call-sign), it was a little nail-biting.

Professor Julie Taylor from the Institute of Clinical Sciences, University of Birmingham

In addition, we were responsible for medical dispatchers, clinicians and nurses, and we worked closely with the other VMMs and a Venue Cluster Manager to cover staff shortages (they exist outside of the NHS!). Soon, we got into a groove, relaxed and began to really enjoy our job. We had great fun practising extractions from the high points of the spectator stands; learning radio protocol; and responding to hypothetical scenarios.

Every shift, we carried two radios and a phone, all of them going off simultaneously (sometimes at night the calls of ‘MED 1, MED 1’ still echo). We had some real emergencies (cardiac events, strokes), but most encounters were minor grazes and twisted ankles…and at least ten wasp stings each day. We also had someone whose acrylic nails had broken and wanted us super glue them. Our favourite is the spectator who needed something because of the humidity in the hall – her hair had gone frizzy. It was almost like running a small emergency department! However, we were stocked with a more diverse range of medical equipment; our favourites included veterinary otoscopes for horses, as well as about 10,000 peak flow mouthpieces; 100 would have been more than sufficient!

Some things we will really remember particularly fondly:

The Games could have gone ahead without any spectators, the athletes would have still played. But without sufficient spectator medical cover the gates could not open. It was a big pressure at times.

Would we do it again? Give us another year to recover and then ask us again! 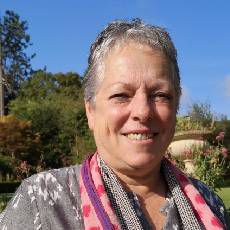 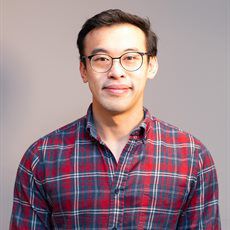