The law must be toughened up to make intentionally deceiving a person into engaging in sexual activity a crime, according to a new report published today.

The latest Criminal Law Reform Now Network (CLRN Network) report calls for a change to the law, which would make deceiving a person to induce them into sexual activity a new crime.

The new offence - inducing sexual activity by deception - would potentially apply to all forms of deception. It would avoid what the report calls a ‘legislative pre-judgement on good/bad reasons to engage in sexual activity’.

The academics, practising lawyers, and other legal experts who make up the CLRN Network say that because no crime of inducing sexual activity by deception currently exists, courts have instead needed to decide that a deception has had the effect of nullifying the supposed consent of the victim. However, the courts currently struggle to say which sorts of deceptions have this effect, and which do not.

One example of this difficulty arises in a recent controversial case called R v Lawrance (2020). Lawrance deceived his partner by saying that he had had a vasectomy when he had not. This led to the victim (R) agreeing to have unprotected sex with him. Lawrance was initially convicted of rape and other sexual offences at the Crown Court because it was held that his deception nullified R's consent.

But the Court of Appeal overturned the decision of the Crown Court, saying that only deceptions relating to the ‘physical performance of the sexual act’ should nullify consent, and that a lie about having had a vasectomy did not relate to the physical performance of the sexual act. At the same time, it recognised a previous decision of the High Court where it was held that surreptitious removal of a condom (the use of which had been insisted upon) was capable of invalidating consent.

The CLRN Network's approach would avoid reliance on such potentially artificial distinctions and create an offence that straightforwardly allows any deception which induced agreement to sexual activity to be the basis of an offence, subject only to the possibility of a reasonable excuse.

R v Lawrance is just one example of how the law is failing victims who have been deceived into sexual activity. There is a huge lack of clarity around the application of the law in cases like this, which has real-life impacts on victims and makes it incredibly difficult for them to seek justice.

John Child, Co-Director at the CLRN Network and Professor of Criminal Law at the University of Birmingham said: “R v Lawrance is just one example of how the law is failing victims who have been deceived into sexual activity. There is a huge lack of clarity around the application of the law in cases like this, which has real-life impacts on victims and makes it incredibly difficult for them to seek justice.

The current law is inadequate in cases such as Lawrance and those controversial cases where undercover police officers have adopted fake personas and conducted sexual affairs with vulnerable women. That is why today the CLRN Network is calling for the legislation to be amended, providing bespoke and clear legal protection for victims.”

The CLRN Network approached the issue by first commissioning 10 legal experts on the topic to put forward their own proposals for reform (published within the CLRN Network Report). Based on these proposals and a subsequent consultation exercise, the CLRN Network Committee developed and is now recommending the creation of the new offence.

Paul Jarvis, CLRNN Committee Project Lead and barrister at 6KBW, commented: “The need for legislative reform is pressing. The current law is failing victims and creating unnecessary confusion in the courts. Our recommendation provides a clear solution to the problem, providing a bespoke offence to target a bespoke criminal wrong, whilst leaving the other provisions of the Sexual Offences Act 2003 unaffected.” 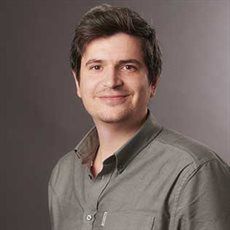