Giving colon cancer patients chemotherapy before surgery cuts their risk of the disease coming back, according to the results of a Cancer Research UK-funded clinical trial.

The FOxTROT trial showed that giving colon cancer patients chemotherapy before rather than after surgery reduced the chance of cancer returning within 2 years by 28%.

Through follow-up assessments, the scientists found that patients who had chemotherapy before surgery were significantly less likely to see their cancer come back, compared with those who got all their chemotherapy after surgery.

The scientists believe that giving chemotherapy to bowel cancer patients before surgery could be easily adopted by the NHS and other health systems across the world. At least 5,000 colon cancer patients in the UK, and hundreds of thousands of patients worldwide, could benefit from this treatment every year.

“Up to 1 in 3 colon cancer patients can see their cancer come back after surgery. That figure is far too high and we need new treatment strategies to stop colon cancer coming back.

“A growing body of evidence is showing the value of pre-operative chemotherapy in several other cancers, and we believe that our results could transform how we approach colon cancer in the clinic.”

Dion Morton, Professor of Surgery at the University of Birmingham said:

“In many parts of the world cancer treatments can be prohibitively expensive. We wanted to go in the opposite direction, testing a treatment that could be used on the widest possible group of patients.

“Thanks to funding from Cancer Research UK, doctors in countries around the world will now be able to put these findings into clinical practice, saving many thousands of lives.”

In total, 699 patients on the trial received chemotherapy before surgery. Geoff Hoggard from Leeds was diagnosed with colon cancer in 2016 and took part in the trial.

“I had noticed blood in my poo a few times and initially I had felt quite embarrassed about it. But I ended up being diagnosed with colon cancer, which was a massive wake-up call. Doctors saw the cancer very clearly with a colonoscopy and I was told that it needed urgent treatment, which came as a huge shock.

“I was willing to take any opportunity to get the most effective treatment. The FOxTROT trial felt like the best way to do that, and I was happy to sign up when my consultant offered to put me on it.

“I got six weeks of chemotherapy before surgery and 18 weeks after, which was hard going. Brain fog and severe tiredness took its toll on me. I kept going, thanks to the support of friends, family and my local church, who were a constant source of strength.

“Eventually, it was all worth it. I’ve had no complications since the surgery, and there were no signs of cancer in the months and years after. 6 years on, I’m back living life to the full.

“I have no regrets at all about taking part in the FOxTROT trial. I hope that many others will live longer, free from cancer, because of the developing science that underpins this new approach and which worked so well in my case.”

Matthew Seymour Professor of Gastrointestinal Cancer Research at the University of Leeds said:

“Timing is everything when it comes to treating colon cancer. The simple act of bringing forward chemotherapy, giving it before instead of after surgery, delivers some remarkable results.

“Delivering chemotherapy before surgery could prevent recurrences of cancer without the need for expensive new drugs or technologies. It was especially encouraging to find that patients who had chemotherapy before their surgery suffered fewer surgical complications.

“Scaling up this treatment worldwide, including in low and middle income countries, could transform cancer care and save many thousands of lives.”

The scientists are now undertaking two further clinical trials, FOXTROT-2 and FOXTROT-3, to investigate whether older patients also benefit from chemotherapy before surgery and to investigate if adding in more chemotherapy drugs before surgery further reduces the chances of cancer coming back. If these trials are successful, patients could receive more tailored cancer treatments, with new types and combinations of chemotherapy offered to different patients based on how likely they are to benefit from it. 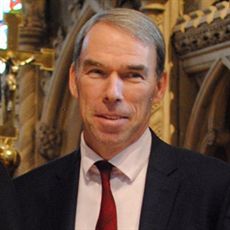 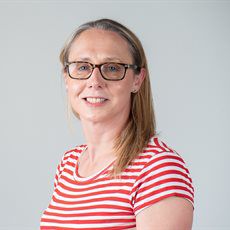