In March 2022, Routledge has published 9th edition of Dr Alexander Orakhelashvili’s Akehurst’s Modern Introduction to International Law. It is fully updated to reflect international legal developments that took place since that earlier 8th edition was published in 2018. In particular, 9th edition has brought in over 40 decisions of international and national courts rendered over past couple of years, as well as some latest treaties such as US-Canada-Mexico Agreement, and incidents from State practice such as US assassination of General Qassim Soleimani, traffic incident involving death of Harry Dunn, maritime delimitation controversies in the Eastern Mediterranean or events in and around Venezuela.

Akehurst is one of the oldest textbooks used in teaching international law in the UK. It is based on the transparent positivist methodology that has been the mainline approach in the UK at least over past 100 years, and has a bespoke companion website including periodical updates, especially regarding the events which took place after 9th edition went to print (UK Supreme Court decision on Venezuelan funds, ICJ decision on reparations in DRC v Uganda, and latest practice on State immunity). 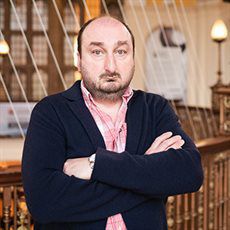