Professor Trybus new Chairman of the ESA Procurement Review Board

Professor Martin Trybus has been appointed Chairman of the European Space Agency Procurement Review Board after a unanimous vote of all members of the Board.

He will be supported by Professor Roberto Caranta from the University of Turin as Vice Chairman. The Chairperson and Vice Chairperson organise the case load of the Review Board and normally chair the chambers of three members sitting on individual cases.

The ESA is organised as an international governmental organisation in which not only most Member States of the EU participate but also the United Kingdom, Switzerland, and Canada. ESA is separate from but cooperates with the EU. Their tasks include space exploration and satellites, involving large value and high-technology procurement. An aggrieved bidder can launch an appeal against a procurement award decision of ESA at the ESA Procurement Review Board after unsuccessful complaints first to the Head of the Agency's Procurement Department and then to the Industrial Ombudsman of ESA. The now six Members of the Board sit at the ESA headquarters in Paris. ESA also has important sites in Noordwijk (The Netherlands), Darmstadt (Germany), Torrejon (Spain), and Kourou (French Guyana).

Professor Trybus had been appointed as a member in 2020 for a term of three years with the option to extend his appointment for another three-year term. Professor Trybus had served on the ESA Procurement Review Board for two terms from 2010 to 2016 after it had first been established. 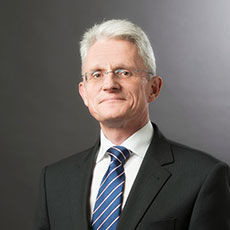