Cockatoos have shown an extraordinary ability to complete a task by combining simple tools, demonstrating that this cognitive ability is not found only in primates.

Cockatoos have shown an extraordinary ability to complete a task by combining simple tools, demonstrating that this cognitive ability is not found only in primates.

The research, published in Scientific Reports, is also part of a wider international and interdisciplinary project comparing children’s innovation and problem solving skills with those of cockatoos.

Tool use is rare in animals, and particularly compound tools where two elements are fixed together, such as a spear, or an axe, or composite tools, where  two items – for example a stick and a rock – are used together. These types of tools have evolved into recreational activities, such as hockey, cricket or golf, and it was this that inspired the study design.

In their experiment, the team devised a game of golf for one species of bird, the Goffin’s cockatoo, which is known for its problem solving skills and its ability to use single tools such as sticks to open up nut and seed shells.

The birds had to manipulate a ball through a hole into a closed box, and then use a stick to push the ball to one side of the box where it triggers a trapdoor mechanism. This in turn releases a cashew nut for the bird.

Three of the cockatoos figured out how to use the stick to manoeuvre the ball into the right position to release the treat – showing a high level of tool innovation.

Lead researcher Dr Antonio Osuna-Mascaró, from the University of Veterinary Medicine, in Vienna, said: “One of the most amazing aspect of the process was to observe how these animals each invented their own individual technique in how to grip the stick and hit the ball, sometimes with astonishing dexterity. One of the birds operated the stick while holding it between the mandibles, one between the beak tip and tongue and one with his claw, similar to a primate.”

Sarah Beck, Professor of Cognitive Development in the School of Psychology at the University of Birmingham, is a co-author and collaborator on this work, focusing on the associations between children and birds in learning how to use tools.

She said: “Although children are very good at using tools and technology in their lives (think spoons and ipads!), our research has shown that young children often  find it hard to invent novel solutions to problems involving tool use. In fact, children under 8 can really struggle to solve problems that cockatoos can master.

“So while this study is the first to show that cockatoos can coordinate tools to solve a problem, it also feeds into our ongoing work with children. Tempting as it might be – it’s not simply a question of who is the cleverest: children or cockatoos – instead comparing such different species helps us understand how humans and some other species develop impressive technological skills.”

Professor Alice Auersperg, another author and head of the Goffin Lab at the Messerli Research Institute in Vienna’s University of Veterinary Medicine, comments: “I believe that studying which spatial relationships animals are attending to and how they are using them for enabling tool innovations will be key to getting us better insight into the evolution of technology. Enhancing our understanding of the onset of complex tool use in particular is thus currently a focus of our research team” 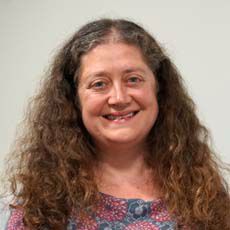