Into the abyss? Charity finances during the Covid pandemic

Charities were expected to be under pressure during COVID-19, new research highlights to what extent have these forebodings been borne out.

When the Covid pandemic took hold, dire predictions were advanced that there would be multi-billion pound losses in income to the voluntary sector and the widespread closure of organisations. To what extent have these forebodings been borne out? A considerable body of data from the Charity Commission enables us to make statements with some confidence about the financial position of charitable organisations on the eve of Covid, the impact of pandemic and lockdown conditions on their finances, and the extent to which (as with Covid itself) there has been “excess mortality” – that is, an enhanced level of organisational closure.

Firstly, to what extent were charities able to draw on their reserves to sustain their activities during Covid? There are always tradeoffs for charities here. They can be criticised, as in the case of the inquiry into collapse of Kid’s Company, for failing to prioritise the accumulation of reserves. Equally, they face disapproval if they are perceived as holding large reserves, at the expense of expenditure on their charitable objects. Regulatory guidance isn’t prescriptive; charities are advised to make assessments of external circumstances which could affect their ability to generate funds. It’s likely that few if any organisations thought it prudent to hold reserves against an event of the scale and character of Covid. We analysed financial returns for some 12 000 charities with incomes greater than £500 000 for the last financial year ending before the onset of Covid. Above this size threshold, annual returns include data on “unrestricted reserves” (that is, funds immediately available for spending) It turns out that a sizeable minority of charities had under three months’ expenditure in that category; two-fifths had the equivalent of no more than three months’ expenditure in reserve, and one-tenth had under a month. Our analysis showed that the organisations most heavily reliant on “charitable activities” (that is, sales of their services, including through public service contracts) for their income seemed to have, on average, lower levels of reserves. If such organisations are expected to shoulder increasing responsibility for front line service provision, that vulnerability is important – how do they build up reserves on tight margins?

So what then happened to charity finances? Here, we can compare the Covid period with the experience of charities in earlier periods of economic turbulence like the global financial crash of 2008. Headlines understandably emphasised the enormous reductions in fundraising activity, especially for some very large organisations that rely on outdoor events and on trading through charity shops, cafes and so on. Such face-to-face interactions practically ceased during the various lockdowns. But the large charities featured in the news are not typical so we use large-scale data (90 000 financial reports for charity financial years that ended after the first lockdown in March 2020) to look at income and expenditure. Ranking these from top to bottom on real-term change in resources, the median charity (the one at the midpoint of the distribution) experienced a drop in income of 13%. Charities at the 25th percentile experienced a drop in income of 40% from the year prior to Covid. In other words, a quarter of charities lost at least two-fifths of their income. This is unprecedented. We can calculate the same figures for a TSRC dataset containing c. 3 Mn returns on the finances of registered charities since the mid-1990s. The Covid period has been massively worse than anything experienced in the previous 20 years, even the Great Recession of 2008-9.

However, exactly what has happened to organisations depends on the balance between income and expenditure. Many were unable to raise money but many were also unable to spend it. A typical charity lost 13% of its income but the median change in expenditure was a drop of 16%. We also found that since the onset of Covid a significant minority of organisations (at least 10%) have been spending at least 50% more than they receive. The number in this situation has increased. It could be an effort to respond to rising needs; it could also reflect some grantmaking charities spending more than they normally would to support organisations, because of the extreme circumstances. At the same time, a significant minority of organisations have spent far less than the resources they have coming in. Their income may have dropped or it may not – but their activities have been very severely limited, probably because of lockdown constraints. Around one-tenth of charities spent only one-third of their income, or less, in 2020-21.

What about closures? The question of “excess mortality” is relevant here. There is always some churn in organisational populations – around 3% of UK charities are removed from the register each year.

Some surveys in 2020 found around 10% of respondents declaring that they did not believe their organisation would survive for a further 12 months. In fact, organisational closure is an alarm that has not yet sounded. If anything, our work shows that charity closures both in the UK and elsewhere have decreased from the pre-pandemic levels. This seems to run counter to expectations. Some organisations – those large enough to have employees – may have benefited from furlough payments to their staff; there have also been some emergency funding streams made available, though many of these will not necessarily have been reflected in financial returns submitted. Others may be in a dormant phase of their existence, waiting for an upturn in circumstances.

So there is a mixed picture. The warnings of extensive closures of organisations have not been borne out, but charities have experienced reductions in income on an unprecedented scale. The financial effects have also been complicated by the inability to spend resources, as a result of Covid-related restrictions on activity. This reminds us, importantly, that ultimately what matters here is whether organisations are in a position to carry out their charitable activities. What organisations need just now is a period of stability in which they can begin to recover from the financial effects of the past two years. Unfortunately with a cost-of-living crisis likely to engulf very many households, such stability seems a distant prospect. 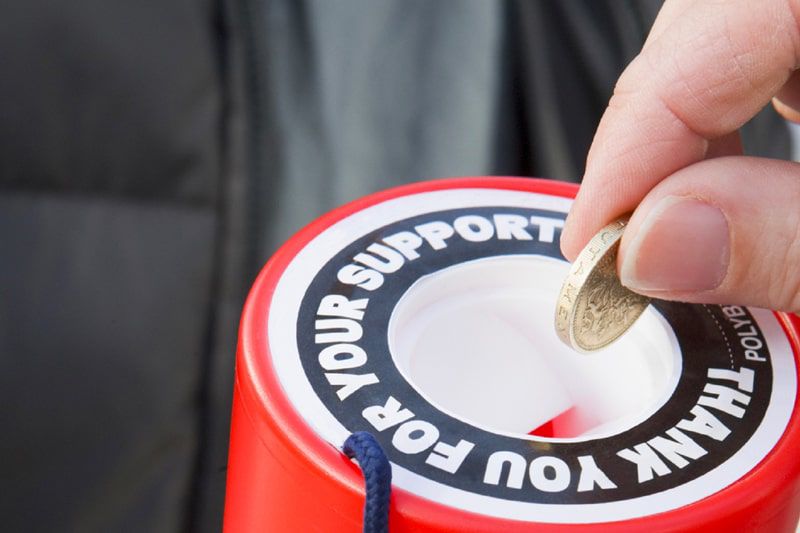 Public concerns about the efficiency of charities, and duplication of charitable activities, remain.