According to research from the Universities of Birmingham and Leeds, vaccine hesitancy was greatest among people from lower socio-economic and/or ethnic minority backgrounds. The researchers recommended that the Government should review public health messaging, with a focus on tailoring health promotion advice to these groups and greater effort in improving trust in public sector and the Government.

The study showed during the period immediately before Britain’s COVID vaccine rollout in December 2020, over 11% of UK adults said they were unwilling to take a COVID vaccine. But this hesitancy wasn’t spread evenly across the population. It was lowest among white people, with 9% saying they didn’t want a COVID vaccine. In comparison, 50% of Black people said they didn’t want to receive the vaccine, and hesitancy was also high in other non-white groups: 28% of South Asian and 17% of other Asian respondents said they were unwilling to be vaccinated.

Dr Kausik Chaudhuri, Senior Lecturer in Economics, Leeds University Business School and lead author of the study said: "Our study shows that hesitancy is at least partly driven by people feeling disenfranchised by the state or not trusting government personnel.

“When we analysed data from the UK Household Longitudinal Study, we found that participants who agreed or strongly agreed with the statement that “public officials don’t care”, or who felt that they “don’t have a say in what government does”, were least likely to want to get vaccinated. It is worth noting that their responses were not based on how the government had been managing the pandemic. Rather, they can be interpreted as a reflection of peoples’ overall faith in public institutions, irrespective of COVID."

Even though rates of declared vaccine hesitancy have since fallen, the research paper suggests that the general trends have been borne out over the past year across every age group: COVID vaccine uptake has been highest among white people and lowest among Black people, with the difference often a sizable gap of around 20 percentage points.

Among those eligible for the vaccine, the uptake of booster doses has also been low among non-white groups.

Building trust in the public sector and government are essential to improving uptake amongst groups who are most at risk from COVID. Public sector officials along with government need to look at new and innovative ways to engage with citizens as well as be transparent in their communication to refute fake news related to vaccines. Similarly, it is imperative that politicians and officials maintain high ethical standards during times of emergency like the pandemic when there is reduced oversight. It hasn't helped in the UK where we see news of parties being held at Downing Street in the middle of lockdowns along with reports of the government breaking the law in the awarding of PPE contracts which has only lowered public trust in officials. During a period when new COVID-19 variants are on the horizon, the focus should be on clear public health messages around vaccination, rather than what is making headlines in this regard."

Siddhartha Bandyopadhyay, Professor of Economics, University of Birmingham and co-author of the study

The research also showed that: 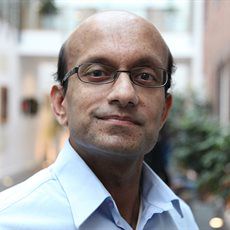