‘The Black Peril’ concert takes place on Saturday, 11 June, in the Elgar Concert Hall at the University of Birmingham.

Tickets for 'The Black Peril' concert are available to purchase online.

An article appearing recently in The Guardian made for sobering reading. Summarising the Birmingham Race Impact Group’s assessment of the staging of the Commonwealth Games it notes the group’s conclusion that the organisers have “failed to engage the city’s diverse communities in a meaningful way.”

Added to the initial composition of the board of the organising committee as 12/14 white, and the recent reinstalment in Centenary Square of the ‘Golden Boys’ sculpture with a still ‘delayed’ decision on the wording of a planned plaque detailing James Watt’s links to the slave trade, the report reinforces a growing sense of 2022 as a culturally missed opportunity.

With most of this population originating in the Indian sub-continent and the Caribbean, the disappointment is palpable that the occasion of the Games...has not been more fulsomely embraced as a platform for serious discussion of the role of the city in Empire and its legacy."

Andrew Kirkman, Peyton and Barber Professor of Music at the University of Birmingham

Around 42% of Brummies identify as ‘other than white’, the largest number outside London and nearly 7% of the national total. With most of this population originating in the Indian sub-continent and the Caribbean, the disappointment is palpable that the occasion of the Games—formerly dubbed, as the Guardian article reminds us, the ‘British Empire Games’—has not been more fulsomely embraced as a platform for serious discussion of the role of the city in Empire and its legacy. The irony is surely all the sharper for the city’s many descendants of Caribbean slaves whose bodies felt the direct effects of Birmingham-manufactured chains and guns.

Against this background, we as organisers of the Barber concerts at the University of Birmingham are glad to have been able to contribute to the conversation in the form of two events. The first, held in the Elgar Concert Hall on 14 May, showcased a performance by the Ifá-Yorùbá Contemporary Arts Trust led by Lekan Babalola and Kate Luxmoore. ‘Osun’s Story’ was a musical encapsulation of the ‘orisa’ deities of the Yorùbá people of modern-day Nigeria as a metaphor to explore the waterways and metal founding in Birmingham that played such a prominent role in trade in substances and indeed people. It was illustrated by projected images of items from the University’s Danford Collection of West African Art and Artefacts, newly photographed for Research and Cultural Collections. By way of introduction to our two performances, a vibrant and emotionally powerful round table discussion addressed Birmingham’s role in colonialism, the slave trade and Afro-Caribbean culture, featuring artists and curators including Babalola and our principal artist on 11 June, Soweto Kinch.

Soweto Kinch—award-winning saxophonist, composer, poet, MC and producer—is well known as a musical and social advocate for his native Birmingham, perhaps most familiarly in the form of the celebrated Flyover Festival that turned the empty space under the Hockley Flyover into an annual celebration of local music, art and dance. His inspiration for ‘The Black Peril’ was the episodes of civil unrest that erupted across the Western world in 1919 in the wake of World War I. What should have been a moment of triumph and social cohesion disintegrated into violent disorder and racial conflict: from Liverpool, Glasgow, Cardiff and South Shields to Jamaica and the ‘Red Summer’ across the USA, city streets were set ablaze by race riots. The production is a reflection on this history as well as, more generally, a celebration of a century of ‘black music’ across the diaspora.

Immediately preceding ‘The Black Peril’ at 6:30-7:00 p.m., and inspired by the round table of 14 May, our very own University of Birmingham Black Voices will be presenting the emerging artist (and first-year medical student) Ade Oyejobi in a spoken-word pre-show performance. From incorporating spoken-word pieces into his therapeutic short films and renowned podcast ‘Subconscious’, Ade has expanded his scope into performances across the UK with brands such as Humenorg, Poetry Jam, Timberland EU and BSL UK. He writes, ‘I got really into writing poetry last year during lockdown as a form of therapy. Seeing how far I’ve come, I think that spoken word is a space where I can connect with other unique and talented artists, speak my truth, explore my insecurities, and inspire others to have confidence in their own vulnerability.’

Taking influence from writers such as Chinua Achebe and Nikki Giovanni, Ade highlights family, relationships, and black liberation throughout his poems. He notes ‘As a first-year medical student at The University of Birmingham, I want to show to other university students that it is possible to balance your passion with your degree. We are all multi-faceted human beings; hence, there is always a way to overcome fear, stress, and self-doubt.’

As fellow members of our University—and wider Birmingham—community, we look forward to welcoming you to what we anticipate will be another probing, provocative and energising foray into our multi-cultural past in its continuing negotiation with a contested present. 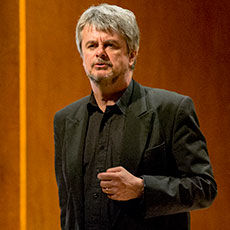 Peyton and Barber Professor of Music

Peyton and Barber Professor of Music 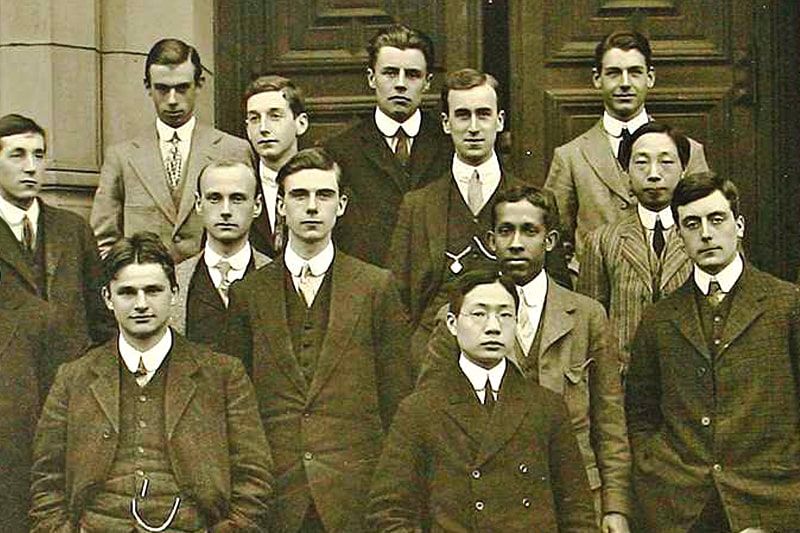 Histories of a Global University: Exploring Empire at the University of Birmingham

As a collective, researchers have been reading these reports and asking: what should the University of Birmingham do to acknowledge more fully and adequately...