Hydropower can realistically provide an additional 1 GW of energy under the right policy framework within a quick timeline, according to a new report.

The Energy Informatics Group at the University of Birmingham was commissioned by the British Hydropower Association (BHA) to assess the future potential of hydropower in the UK. The report concludes that hydropower can realistically provide an additional deployment of 1 GW, a 50% increase from its existing installed base of 2 GW.

Hydropower is a proven technology, with an established supply chain and has demonstrated previously that with the right policies in place can deliver rapid deployment.

In particular, hydropower can help to deliver power during the evenings and winter months when electricity demand is at its highest. It is a key addition at these times to balance periods of demand when wind and solar production can be at their lowest and electricity from gas plants can be at their highest – and most expensive.

The report is being released to coincide with the start of the BHA annual conference in Glasgow, which sees leading companies from around the world meet to discuss how to ensure these vital technologies are not overlooked.

This report provides evidence and data that makes it clear hydropower has long-standing benefits to help decarbonise the UK's electrical system.

Lead author Dr Grant Wilson from University of Birmingham’s School of Chemical Engineering, said: “This report provides evidence and data that makes it clear hydropower has had long-standing benefits to help decarbonise the UK's electrical system, and with the right policy support can continue to do so. In fact, it has the opportunity to grow its capacity by 50%."

Kate Gilmartin CEO of the British Hydropower Association, said "Hydropower is a proven and reliable technology that is able to ramp up quickly and safely. The UK has an established hydropower supply chain, so nearly all of the support needed to unlock this investment will stay in the UK economy, creating jobs and growth.” 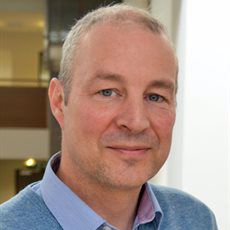