The 1COR project will significantly advance work on the text of the Pauline Epistles in multiple languages.

The University of Birmingham and KU Leuven have entered a new five-year collaborative agreement to work on the biblical text of the First Epistle to the Corinthians.

The 1COR project, led by Professor Christina Kreinecker at KU Leuven and funded by the Flanders Research Foundation (FWO), is planning to produce new editions of 1 Corinthians in Greek, Latin and Coptic, including contributions to the Novum Testamentum Graecum Editio Critica Maior (ECM) and the Vetus Latina edition. These will draw on a broader range of manuscripts than have ever previously been used for such editions, and use state-of-the-art digital editing tools.

Following the establishment of a Memorandum of Understanding in 2021 between the Theology Department at KU Leuven and the University of Birmingham, the two universities have now signed a collaboration agreement for the duration of the five-year 1COR project, until 2027. Three members of Birmingham’s Institute for Textual Scholarship and Electronic Editing (ITSEE) will contribute to this research project through an association with the Research Unit for Biblical Studies at Leuven, while its principal investigator, Professor Kreinecker, becomes an associate member of ITSEE in addition to assembling and leading the team in Belgium.

I would like to offer my sincere congratulations to Professor Christina Kreinecker on her success in being awarded major funding for the 1COR project, which will significantly advance work on the text of the 'Pauline Epistles' in multiple languages. I am delighted that it has been possible for us to enter into this long-term partnership, developing the formal relationship between our two institutions which was inaugurated last year. The 1COR project will be able to build on ITSEE’s experience of working with New Testament manuscripts and the tools which have been developed here for this purpose and ensure consistency between the volumes of the ECM. On a personal level, I am very pleased that Christina will once again be associated with ITSEE, following her valuable contribution as a team member on the COMPAUL project at Birmingham in 2011–2013.

Members of ITSEE are currently also involved in preparing the Editio Critica Maior of Galatians, and transcriptions of Greek manuscripts of Romans, Ephesians and Philippians for this edition are already far advanced, thanks to the work of the ERC-funded CATENA project at Birmingham. 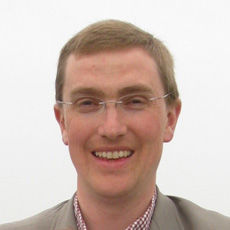