A second radar has been installed on campus, representing another step in the journey to hosting the very first quantum-enabled networked radar installation.

Exactly one year after the first staring radar was installed at the University of Birmingham campus, a second identical radar has been installed, representing another step in the journey to hosting the very first quantum-enabled networked radar installation in the world, uniquely showcasing the impressive detection capabilities offered by quantum timing devices.

UK Quantum Technology Hub Sensors and Timing researchers from the School of Engineering and School of Physics and Astronomy at the University of Birmingham are exploring how ultra-precise quantum clocks can transform radar capability for detecting miniature objects. Radar, which detects target objects using electromagnetic radiation, is already used for a wide variety of real-world applications, from missile control systems on naval ships, to hazard detection in self-driving cars.

Quantum-enabled radar, utilising ultra-stable and highly precise quantum oscillators, has the potential to significantly improve the capabilities of conventional radar to detect smaller targets such as drones and birds. Identification and detection of these smaller targets is becoming increasingly important in preventing and mitigating crises such as the unauthorised drone at Gatwick Airport in December 2018, which saw hundreds of flights cancelled.

In November 2020, a staring radar system, provided by Aveillant, was installed on the roof of the Gisbert Kapp building at the University of Birmingham. One year later, a second staring radar has been installed on the roof of the University’s European Research Institute. The final step, which is estimated to take place within the next year, is to connect the quantum oscillators to the radars which will demonstrate the immense capabilities of quantum-enabled radar systems.

The networked radar will expand the coverage area and provide a number of benefits over a single radar system, such as the ability to combine the information measured by both radars, allowing for the detection of smaller targets, and a reduced vulnerability to external interference. For a networked radar system to reach its full potential, the radars need to be fully synchronised using accurate timing reference. Conventional crystal oscillators typically used to provide the timing reference are difficult to maintain due to external factors such as heat and vibrations, which can affect the timing stability, degrading the radar performance.

In order to improve synchronisation, both radars will be connected to a single, highly stable, external quantum oscillator housed in the University’s clocks labs. The quantum oscillator deployment represents the use of cutting-edge technology in the sector, with enhanced precision capabilities, and reduced ‘phase noise’ (a limiting feature of timing devices that can prevent radar from spotting small targets).

Whilst the quantum-enabled radar network will pave the way for adoption of quantum oscillators in commercial radar through proving the advantage for specific industrial applications, it is also supporting the EPSRC funded Mapping and Enabling Future Airspace (MEFA) programme, which brings together researchers from the Department of Electronic, Electrical, and Systems Engineering, the School of Biosciences, and the School of Geography, Earth and Environmental Sciences, to study the use of urban airspace. The three-year MEFA programme will use the networked radars to study the effects of urban development on migrating birds, as well as to differentiate between birds and drones and between difference species of birds proving yet another application of quantum-enabled network radar.

“We are taking quantum technology research from the lab and bringing it closer to real world application through building a working demonstrator of two networked quantum-enabled radar. Through showcasing our demonstrator for applications such as counter-drone surveillance, we hope will prove to be the springboard for commercial adoption of quantum oscillators in radar.”

My name is Dr Mohammed Jahangir, I’m a Senior Research Fellow at the Department of Electronics, Electrical and Systems Engineering at the University of Birmingham. I am working for the UK Quantum Technology Hub Sensors and Timing, and, with my colleagues in Physics, we are planning to take research from quantum clocks from the lab and into real-world applications.

The project aims to test ultra-stable and highly precise quantum oscillators and show how they can impact the detection capabilities of networked radar.

The truly unique things we’re doing here at the University of Birmingham is using highly accurate quantum clocks and to transform an ordinary radar into a quantum-enabled radar. Our aim is to have a working demonstrator or two networked quantum-enabled radars, and showcase the possibility of this technology for applications such as counter-drone surveillance and other industrial applications which will allow us to pave the way for adoption of quantum oscillators and the technology behind it into commercial radar.

The two radars will operate in a network to combine information to better detect and identify smaller targets such as drones and birds. 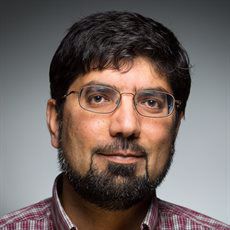 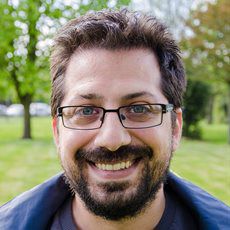 The UK Quantum Technology Hub Sensors and Timing (led by the University of Birmingham) brings together experts from Physics and Engineering from the Universities of Birmingham, Glasgow, Imperial, Liverpool John Moores, Nottingham, Southampton, Strathclyde and Sussex, NPL, the British Geological Survey and over 70 industry partners. The Hub has over 100 projects, valued at approximately £100 million, and has 17 patent applications.

The UK Quantum Technology Hub Sensors and Timing is part of the National Quantum Technologies Programme (NQTP), which was established in 2014 and has EPSRC, IUK, STFC, MOD, NPL, BEIS, and GCHQ as partners. Four Quantum Technology Hubs were set up at the outset, each focussing on specific application areas with anticipated societal and economic impact. The Commercialising Quantum Technologies Challenge (funded by the Industrial Strategy Challenge Fund) is part of the NQTP and was launched to accelerate the development of quantum enabled products and services, removing barriers to productivity and competitiveness. The NQTP is set to invest £1B of public and private sector funds over its ten-year lifetime. 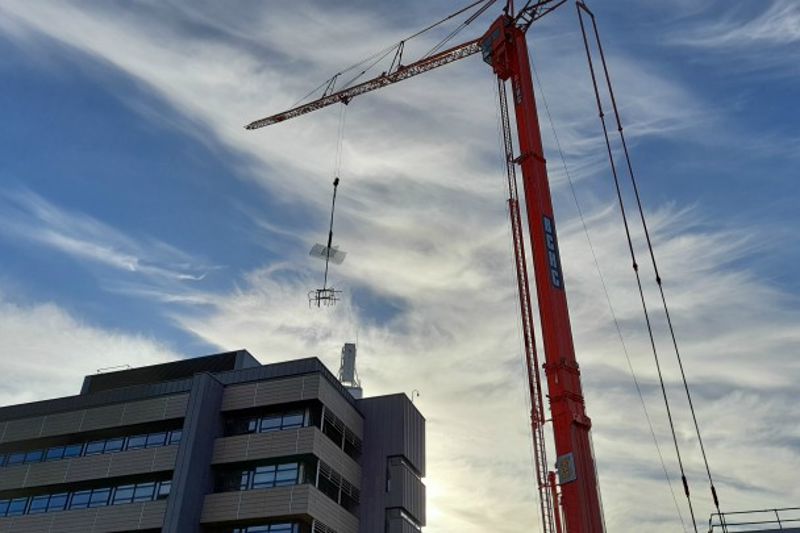 Radars are being installed at the top of an engineering building at the University of Birmingham as part of a demonstration intended to test and prove the pr...