Pioneering University of Birmingham immunity expert Professor Janet Lord has been awarded a CBE in the 2023 New Year Honours.

Professor Lord, who is Professor of Immune Cell Biology at Birmingham and Director of the collaborative MRC-Versus Arthritis Centre for Musculoskeletal Ageing Research, which is led from the University, receives the award for ‘Services to Older People’.

With the world’s ageing population recognised as a key global challenge for humanity, Professor Lord has long been at the forefront of research efforts to explore the relationship of the immune system to ageing and inflammation. At Birmingham she set up and directed the first-ever Institute of Inflammation and Ageing; its work having been particularly relevant during the last few years with the emergence of COVID-19 and its disproportionately negative impact on older people.

Professor Lord is particularly renowned for having discovered why white blood cells become less able to fight infection in older people, making them more vulnerable to infections such as pneumonia. She also pioneered, established and runs the hugely successful 1,000 Elders health research cohort project at the University of Birmingham, and has strong associations with Age UK.

Over the last three decades, her work has had a profound impact in helping to deliver education, research and improvement in the lives of elderly people in the UK and worldwide.

This is a richly deserved accolade for Janet and reflects the tremendous research she has being doing for more than 20 years into how our immune systems change with ageing.

Professor David Adams, Head of the School of Medical and Dental Sciences

Professor Lord said she was ‘truly amazed’ to be awarded a CBE; and was especially pleased ‘as it recognises the importance of research into the causes of human ageing, including the aged immune system.’

Professor David Adams, Head of the College of Medical and Dental Sciences at the University of Birmingham, said: 'This is a richly deserved accolade for Janet and reflects the tremendous research she has being doing for more than 20 years into how our immune systems change with ageing.

‘Her research has direct clinical relevance, and she has shown how simple interventions can improve immune function in older people leading to, for example, better vaccine responses and reduced infections.’ 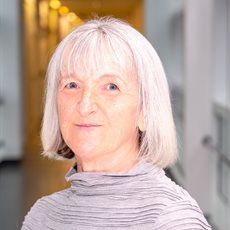