The “Disability under Siege” research Network+ seeks to address the challenge that most children with disabilities in the Global South never go to school.

The network recently funded two large research projects and five small knowledge exchange projects in Lebanon, Palestine, and Jordan. The projects, funded through open calls, will receive a total of £400,000. They will focus on inclusive education, access to arts and culture for people with disabilities, and challenging wider perceptions of disability. All projects are led by organisations in the Middle East. This will build local capacity to produce research on issues affecting the region.

“Disability Under Siege” is a four-year Network+ project funded by the Arts and Humanities Research Council under the Global Challenges Research Fund. It brings together researchers, educational practitioners, cultural institutions, and disability-led groups in the UK and Middle East to transform education provision for children with disabilities in conflict-afflicted countries. As well as influencing education policy and practice, the project aims to challenge wider discourses around disability through creative- and arts-based methods.

The two large awards were made to two universities in Palestine. The #DisabledVoicesFromGaza project, led by the Islamic University of Gaza, will empower students with disabilities through narrative and media literacy training. Birzeit University’s participatory research will focus on education for young people with disabilities living under occupation in the West Bank. The five network and knowledge exchange projects include:

The project lead is Professor Dina Kiwan from the School of Education. She commented: “These creative interdisciplinary projects are producing new contextualised knowledge on disability in Jordan, Lebanon and Palestine. This work is critical in challenging dominant and stigmatising conceptions of disability.” The Disability Under Siege Network+ will work closely with these innovative and participatory projects to support knowledge exchange, build partnerships and create lasting capacity for disability research and activism.

More details about the funded projects are available on the Disability Under Siege website. 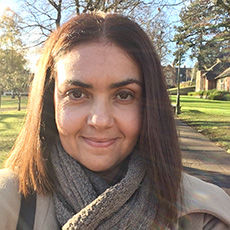