New partnership with Acticor Biotech will see patients with heart attacks treated with glenzocimab, a promising new class of drug for the first time.

A potential new drug to improve the long-term outcomes for heart attack patients will be trialled in the UK.

With the signing of a partnership between the University of Birmingham and Acticor Biotech, a new clinical trial called LIBERATE will take place in two acute care hospitals in the UK: the Queen Elizabeth Hospital, Birmingham and the Northern General Hospital, Sheffield.

The randomised, double-blind Phase 2b LIBERATE study will recruit more than 200 patients to test the tolerance and the efficacy of glenzocimab 1000 mg, versus placebo, to reduce heart damage following a myocardial infarction (MI), commonly known as a heart attack.

The trial will be run at the University of Birmingham with expert clinicians from the Institute of Cardiovascular Sciences and University Hospitals Birmingham NHS Foundation Trust. Bringing together experience in running multi-site clinical trials from the CTU and expertise in heart diseases, the team will see whether glenzocimab will reduce the amount of dead heart tissue in patients following an ST segment elevation myocardial infarction (STEMI), the most serious type of heart attack.

Professor Jon Townend, Consultant Cardiologist at University Hospitals Birmingham, Honorary Professor of Cardiology in the Institute of Cardiovascular Sciences at the University of Birmingham, and Chief Investigator of the trial said:

“We look forward to starting this exciting trial of a new drug for heart attacks which are still only too common.

"Although immediate opening of the blocked coronary artery by angioplasty in cases of heart attack is now routine, significant heart damage still occurs. Glenzocimab reduces clot formation and laboratory findings have been impressive.

"There are strong reasons to believe that this new drug may improve outcomes and this randomized blinded trial is the right way to test this theory.”

Dr Mark Thomas, Associate Professor of Cardiology at the University of Birmingham and Honorary Consultant Cardiologist, who designed the trial and led its development, said:

“This trial will help us establish whether glenzocimab is a safe and effective drug for preventing the kind of clotting that can lead to serious damage to the heart following a heart attack.

"We’re delighted to work with Acticor to see whether this new class of drug has the potential to improve the outcomes of our patients with heart attacks. While the immediate care provided for a heart attack is effective for improving patient survival, there is more we can do to prevent long-term damage to the heart.”

Glenzocimab, a humanized monoclonal antibody (mAb) fragment directed against the platelet Glycoprotein VI (GPVI), was developed by Acticor Biotech for the treatment of cardiovascular emergencies, including stroke.

This new drug, currently being trialled for strokes, stops the functioning of platelets that cause abnormal clotting of blood. While platelet function is normally important to stop bleeding, this drug specifically targets only dangerous clotting inside damaged blood vessels called thrombosis that can cause strokes and heart attacks.

Gilles Avenard, Chief Executive Officer, and founder of Acticor Biotech said: “Glenzocimab has already delivered very promising results in the treatment of acute ischemic stroke and we hope to confirm its therapeutics potential in another severe indication.

"We are proud of this Phase 2b study launch, which allows glenzocimab development programme extension to myocardial infarction. We would like to congratulate all the teams involved, the University of Birmingham particularly, sponsor of this study.” 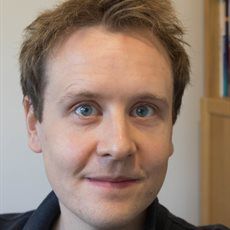 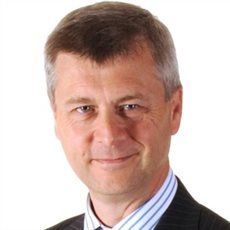 Acticor Biotech is a clinical stage biopharmaceutical company, a spin-off from INSERM (the French National Institute of Health and Medical Research), which is aiming to develop an innovative treatment for cardiovascular emergencies, including ischemic stroke.

In May 2022, Acticor Biotech presented positive results from its Phase 1b/2a study, ACTIMIS, at the ESOC, confirming the safety profile and showing a reduction in mortality and intracerebral hemorrhage in the glenzocimab-treated group in patients with stroke. The efficacy of glenzocimab is now being evaluated in an international Phase 2/3 study, ACTISAVE, which will include 1,000 patients. In July 2022, Acticor Biotech was granted "PRIME" status by the European Medicines Agency (EMA) for glenzocimab in the treatment of stroke. This designation will allow the company to strengthen its interactions and obtain early dialogues with regulatory authorities.