Latest research has found that rilmenidine, a drug used to treat hypertension, can be used to slow ageing and extend lifespan.

Latest research studying the administration of rilmenidine in worms, a drug currently used to treat hypertension, can be repurposed to slow down the ageing process and increase lifespan.

The study, published in Aging Cell on 20th January 2023, shows that worms being administered rilmenidine displayed an extended lifespan and improved health markers whilst emulating the effects of caloric restriction.

At present, a calorie-restricted diet has been considered the most effective intervention against ageing and promoting longevity. However, research in calorie restriction in the human population has been inconclusive whilst displaying various side effects. Therefore, having medication which simulates calorie restriction can provide hope for an improved anti-ageing strategy for members of the public.

With a global ageing population, the benefits of delaying ageing, even if slightly, are immense. Repurposing drugs capable of extending lifespan and healthspan has a huge untapped potential in translational geroscience. For the first time, we have been able to show in animals that rilmenidine can increase lifespan. We are now keen to explore if rilmenidine may have other clinical applications.

The study, funded by Swiss National Science Foundation, the Biotechnology and Biological Sciences Research Council and LongeCity was carried out by researchers from the University of Liverpool, Harvard Medical School and ETH Zürich. 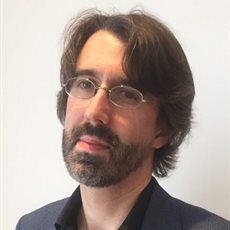