Dr Gill Lowe in the Institute of Cardiovascular Sciences, University of Birmingham has been appointed National Haematology Specialty Lead

Dr Gill Lowe, Honorary Senior Clinical Lecturer in the Institute of Cardiovascular Sciences, University of Birmingham and Consultant Haematologist at University Hospitals Birmingham NHS Foundation Trust (UHB), has been appointed as National Institute of Health and Care Research (NIHR) National Haematology Specialty Lead. The main aim will be to promote and offer clinical research studies to all patients as part of their routine care.

On the role, Dr Lowe said: “I’m very excited to have been appointed National Haematology Specialty Lead. Over a number of years I have been involved in the great work of the Haematology National Specialty Group, and I look forward to continuing to be part of this. There is a lot of scope to improve research for certain patient groups, such as those with sickle cell disease, and trials of new drug treatments for thrombosis. It is incredibly important that we keep patients at the heart of research.”

The NIHR is the government’s major funder of clinical, public health, social care and translational research. With a budget of over £1.2 billion in 2020–2, its mission is to "improve the health and wealth of the nation through research".

In her role as a consultant at UHB, Dr Lowe treats patients who have disorders of blood clotting, blood problems relating to pregnancy as well as immune blood disorders. Additionally, she works within Research Development and Innovation at the Trust as Deputy Clinical Director of Research. She is also a co-lead in the haematology department for training and supporting junior doctors.

Professor Roy Bicknell, Director of the Institute of Cardiovascular Sciences at the University of Birmingham said: “The appointment Dr Gill Lowe to this role demonstrates the sector leading excellence in cardiovascular work taking place in Birmingham, and the benefits of a close partnership between NHS Trusts and academia. Dr Lowe completed her PhD in 2013 with the Birmingham Platelet Group and her ongoing work with the group, and commitment to clinical research is supporting leading research to improve treatments and outcomes for people with blood disorders and thrombosis."

Professor Matthew Brookes, Clinical Director of the NIHR Clinical Research Network West Midlands added: “It is great news for our region that Dr Lowe will now be leading nationally on Haematology research, as well as continuing to lead on this on a local level across the West Midlands. We very much look forward to continuing to work with Dr Lowe."

Tim Jones, Chief Innovation Officer, said: “We are very pleased that Dr Gillian Lowe has been appointed to this national role which builds on her excellent work at UHBFT not only in caring for our patients but also her pivotal role in supporting research and education both within Haematology but also more widely across the Trust. It is a well-deserved appointment and we wish her well in her new role.”

It is incredibly important that we keep patients at the heart of research.” 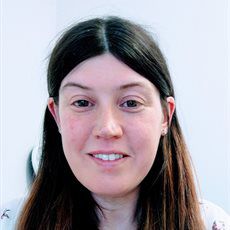 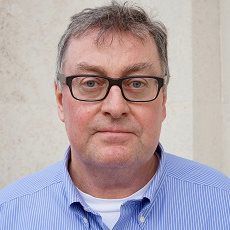 Director of the Institute of Cardiovascular Sciences

Director of the Institute of Cardiovascular Sciences