The Equal Parenting project at the University of Birmingham and MusicFootballFatherhood are launching the Movers and Shakers: Working Dads Employer Awards.

We know that supporting working dads to be active parents at home has huge benefits to mental health and wellbeing, gender equality and outcomes for children. And in the last few years, some UK based employers have taken some major steps to supporting their working dads.

The Equal Parenting Project at the University of Birmingham and MusicFootballFatherhood, with support from some fantastic partner organisations, have come together to launch the inaugural 2022 Movers and Shakers: Working Dads Employer Awards.

The awards is a list of amazing employers who are doing ground-breaking work to support working dads to be successful employees at work and active parents in the home.

The aim of the awards is to recognise and celebrate some fantastic achievements while sharing best practise with other organisations who are looking to support working dads across their organisation.

Should you wish to follow updates and information regarding the awards and resources to be disseminated later in the year, please follow the awards on twitter at @WorkingDadsEA.

When is the award ceremony and what do the winners receive?

The inaugural awards will be celebrated on Tuesday 24th May at a prestigious event in Parliament.

Employers that win the award and are placed on the list will be awarded with a digital badge, a printed and framed certificate and be published alongside other employers on the winners list for one year.

When do nominations open and how do employers apply?

Any employer with a UK based business can apply for the awards.

Within each of these areas the submitting organisation will be asked to input some quantitative data, where they have this available, and answer some open-ended questions. The quantitative questions include areas such as the total part time working requests by men accepted (in the last financial year) and the qualitative questions include areas like ‘how your culture and leadership in the organisations helps support fathers’.

The responses to the open-ended questions will be graded 1-5 by an expert panel with 5 being the highest. The grading will be based upon the details they can evidence, including through the use of quantitative data.

The judging process will take place between Monday 18th April to Monday 9th May. The nominations will be judged by representatives from MusicFootballFatherhood, Equal Parenting Project and the partner organisations.

As well as celebrating successes, the aim of the awards is to share best practise and inspire other employers to take action. The awards team will create case studies and resources through video, written and podcast format.

Who are the awards partner organisations?

The awards are led by MusicFootballFatherhood and the Equal Parenting Project with support from our partner organisations. Our partners are amazing organisations that are assisting with the scoping, judging and promotion of the awards. 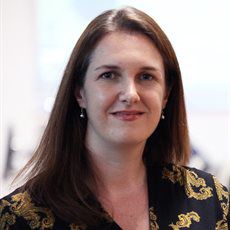 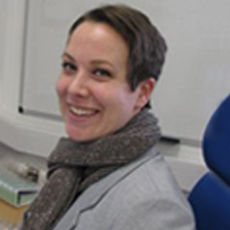